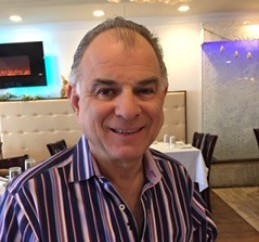 Jack Gutwilik has a great deal of performance and teaching experience and has worked in nearly every facet of the music business. Gutwilik received his Bachelor of Fine Art from York University in Toronto, where he studied with notables like Carmine Appice, Peter Erskin, and Joe LaBarbera. He later earned his Master’s degree from Brooklyn College, where he studied with members of the New York Philharmonic. After graduating, he began performing on Broadway in shows like A Chorus Line, Marlin, 42nd Street, The Rink, Am I in Love?, and Month of May, where he backed famed performers like Liza Minelli, Venessa Williams, Ben Vereen, Nathan Lane, Chita Rivera and many more. Jack has also regularly worked with Brooklyn Philharmonic, the New Amsterdam Symphony Orchestra, the Queensboro Symphony, and other various pop, jazz, funk, country, R&B, and soul units.

Jack Gutwilik is also an experienced instructor who has worked in the Monroe Township School District, East Windsor Regional School District, and at various studios and camps. Many of his students have gone on to attend top universities and have professional careers in music.